agree or disagree
Schools should teach students about specific careers and jobs instead of general subjects.

Admittedly, some people believe that nothing is more important than studying general subjects in school. This is because; once you get out to the real world, there is almost no chance to go back to college again to study to your full content. If you want to be a more educated person and to be respected as such, you should study harder about general subjects while in schools. Your lifetime is limited. These examples demonstrate that school should in equality offer opportunities to study general subjects to students.

However, catching a glimpse of specific careers and jobs through classes in schools, is absolutely necessary to prepare for entering the business world. If you know almost nothing or little about social knowledge and skills, you have a lot of difficulty getting along with people in business world. People in company which you will join in the future usually expect you to be mature and have enough skills to do more work than you expect. Therefore, you must play the role which is anticipated by the real world. These examples emphasize that you must already prepare enough for hiring as a competent worker, and learning to acquire knowledge and skills that are needed before graduation from schools.

On top of that, school often offers some subjects which are in actuality unnecessary for students to study. Who wants to study how to cook? Everybody can learn to cook if necessary. For example, I didn’t like the idea of having to attend the cooking class. Basically, schools in Japan provide students with opportunity to practice cooking, which enable students to cook themselves. However, I just don’t remember parts of things I must have studied at schools, and as for cooking, I taught myself after I become adults. Google teaches me. If you have to learn about something basic, you can learn it by yourself by wisely using the Internet. These examples focus on the idea that it is nonsense for students to learn some skills they can acquire anytime they need. 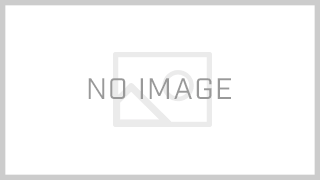